I can’t cover all of the last 24 hours in a single post. We arrived here at the Serengeti Migration Camp yesterday evening around 6 PM, a half-hour before sunset. Snacks and beverages were served on the sunset viewing deck, which also has an expansive view of the Serengeti. A sliver crescent moon was in the sky above the setting sun.

There are cute little animals called hyraxes all over this camp, They look sort of like groundhogs, but smaller, and are actually related to elephants and manatees. Lots of lizards, too, in all kinds of sizes and colors. A river runs right past the camp; it is home to hippos which come out of the water at night to eat. Because of them, and the close presence of other wild animals like elephants and lions, we once again have to have escorts to and from our tents when it’s dark. You can hear the hippos talking to each other all night.

One other exciting aspect of this camp is the presence of tse-tse flies. Most Americans do not pronounce this correctly, so I will help you with that: it is pronounced seh-seh. The “t” is silent and the “e” is short. Now you know! They are extremely annoying and their bite is painful. Fortunately, the ones in this area do not carry sleeping sickness. Unfortunately, they are so annoying that in the afternoon we had to shut all the windows and the roof in the Land Cruiser, which makes taking pictures difficult.

Last night we went out on the deck at our tent and looked at stars – the sky was so clear and dark we could see millions of stars. I can now say I’ve seen the Southern Cross. Mick was up early this morning and he says the Milky Way is spectacular then, so I will be setting an early alarm for tomorrow to see for myself.

This morning we started our game drive earlier than usual, to get as much in as possible before the tse-tse flies come out in force in the afternoon. The grass is taller here than anywhere else we’ve been, and some areas have trees as well (woodland savannah) and some do not (open savannah). This is the beginning of the Great Migration and we saw that with wildebeests and zebras. In that migration, the animals travel in a line and whatever the leader does, the ones behind also do, Our guide shot some sweet video of that that I will post later when I do my photo journal at the end.

I leave you with a photo of wild Morning Glories. 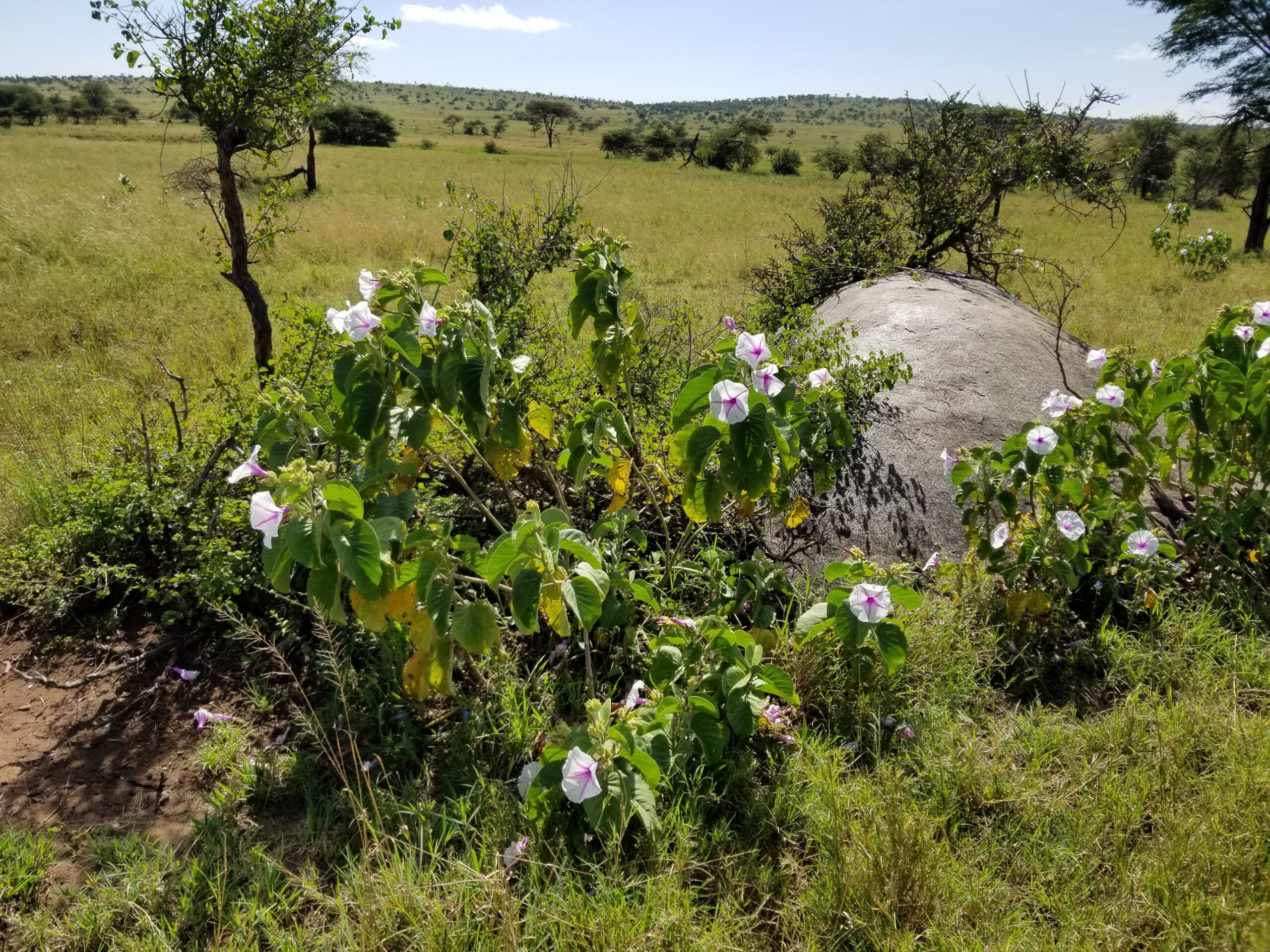 Wild Morning Glories on the Serengeti

1 Response to The Amazing Serengeti, part 1